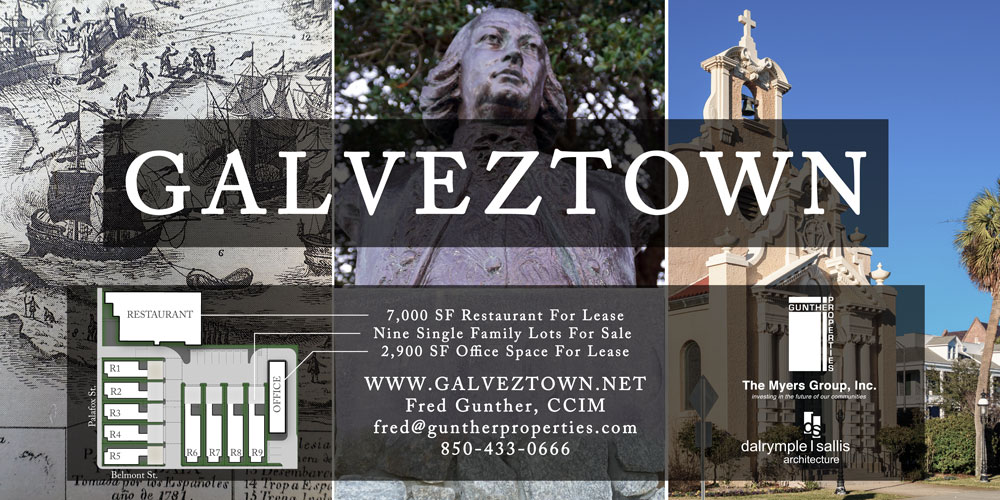 Galveztown, LLC , made up of local brothers Fred Gunther and Brad Myers, today announced plans to revitalize the former YMCA property located at 400 N. Palafox St. into a mixed-use development featuring residential, office and restaurant space to be called Galveztown.

Following demolition of the central YMCA building, the property will be subdivided into nine residential lots to be marketed by Gunther Properties, LLC.  Lots will be competitively priced at $195,000 and $210,000.

Gunther and Myers acquired the former YMCA property in early January for $700,000 and have obtained a demolition permit from the City of Pensacola. Demolition will begin Saturday, Feb. 18 and is expected to last less than eight weeks.

Gunther said Galveztown will help to continue the ongoing revitalization of downtown Pensacola while offering attractive options for residential and commercial customers.

“We plan to create a quality mixed-use project of which the community can be proud,” Gunther said. “With all of the exciting growth happening downtown, we believe this project will continue to make downtown Pensacola a more exciting place. ”

Gunther and Myers derived the name for the project from Bernardo de Galvez, the Spanish military leader who re-captured Pensacola from the British in a siege during the Battle of Pensacola in 1781. Galveztown was the name of his ship, which he famously sailed into Pensacola Bay under threat of British cannon fire, when the Spanish naval commanders were unwilling to do so. The British surrendered the city after Galvez’s artillery caused a powder magazine to explode at Fort George, directly across Palafox Street from where Galveztown will be located.

Myers said the project pays tribute to the city’s history while looking toward the future.

“One of the great things about this project is how well it complements Pensacola’s history and aligns really well with the overall development strategy,” Myers said.

Press Release by Will Isern.